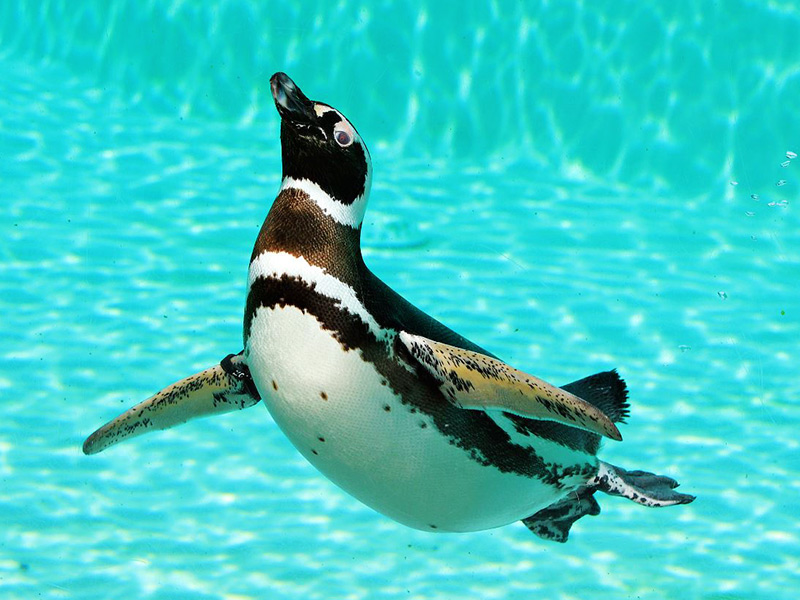 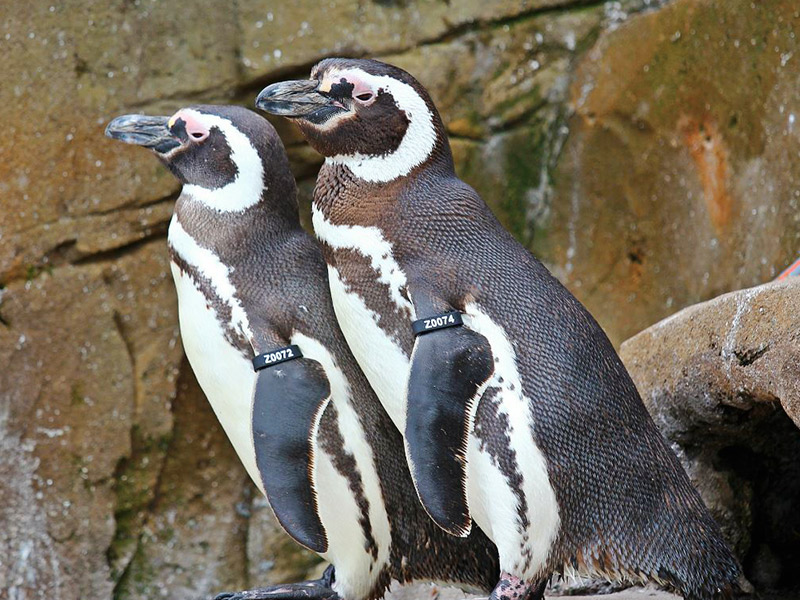 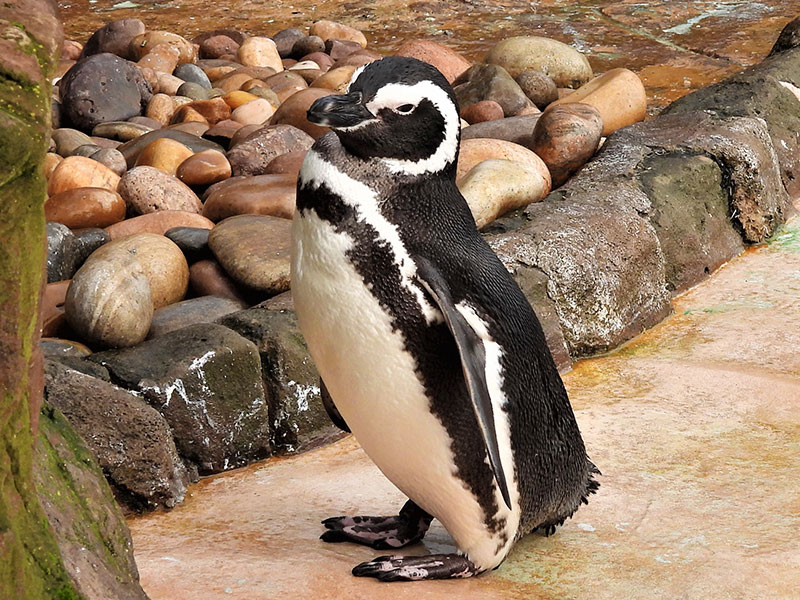 Always great favourites with the visitors, the penguins here are Magellanic by species and currently, the only ones of their type in the UK. They originate from South America, specifically Chile, Argentina and the Falkland Isles where they inhabit coastal areas and steep, rocky banks.

Penguins can live for up to 25 years, but Magellanics are now classed as near threatened as tens of thousands are lost annually to oil pollution. Climate change has also severely depleted the fish stocks which they rely on for food. At the zoo, they are fed on sprats.

Magellanic penguins nest in burrows unlike the surface-dwelling species which huddle together to form protective colonies. Unfortunately, this can result in both adults and chicks becoming infested with fleas. Male and female Magellanic penguins take it in turns to incubate the eggs over a period of 40 days or until they hatch. Each parent leaves the nest for a matter of 2 or 3 weeks in order to go out to sea to find food. Two eggs are generally laid, although only one chick may survive.