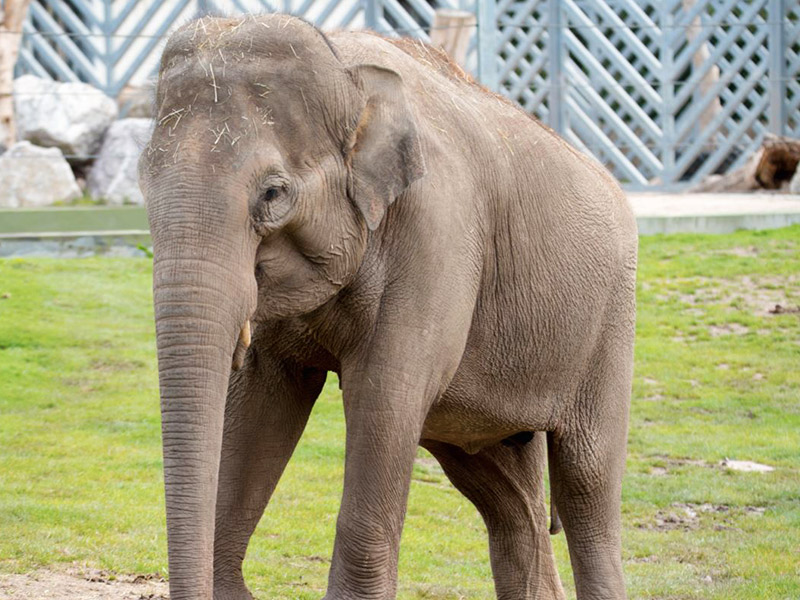 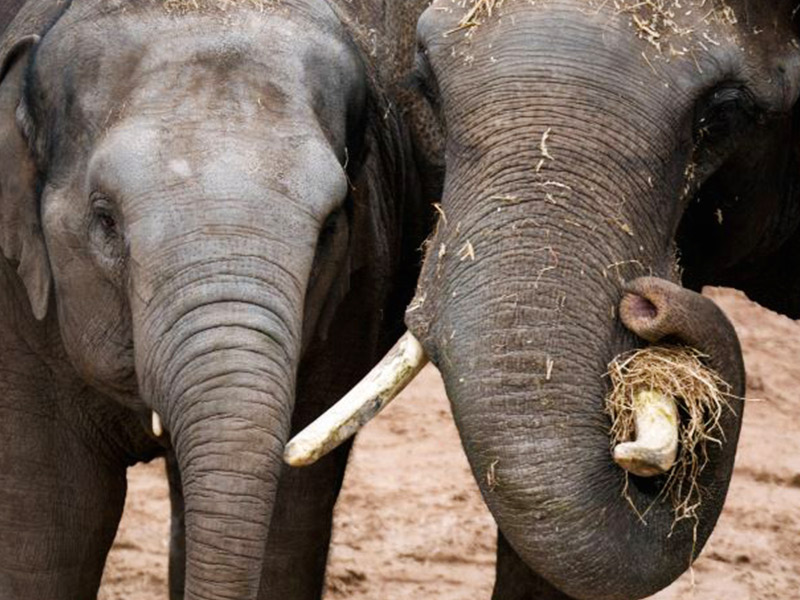 The largest living land mammals, elephants are intelligent, social and vital to their ecosystems. Slightly smaller than their African cousins, Asian elephants are native to India and Southeast Asia. Elephants have been revered for centuries in Asia, playing an important role in the continent's culture and religion. They are also play a critical role in maintaining the region's forests. But their habitat is shrinking and Asian elephants are now endangered.

Asian elephants can live for up to 70 years and can give birth to a single calf after a pregnancy of 22 months, longer than any other land mammal.

Elephants have been at Blackpool Zoo since we first opened in 1972, originally housed in a converted aircraft hangar, our longest standing resident, Kate, moved to the brand new Project Elephant Base Camp in 2017. She was later joined by four female elephants - Tara, Minbu, Noorjahan and Esha - and a year or so later, Emmett, a breeding male joined the herd.

Our brand new concept in animal care, Project Elephant, will open your eyes to the future of zoos and in-situ conservation programmes working together to preserve our most iconic species. It is our commitment to securing a future for Asian elephants.

You can find out more about our herd of Asian Elephants by heading to www.projectelephant.org.uk.

Asian elephants are classified as endangered by the IUCN, which sadly means they are facing a high risk of extinction in the near future. It is estimated that at the beginning of the 20th century there may have been more than 100,000 Asian elephants in the wild, however numbers have fallen by at least 50% over the last three generations, and they are still in decline today. Elephants used to roam across most of Asia, but they are now found in just 15% of their original range. There are a number of factors which have contributed to this population decline, but the most significant of these include habitat loss and fragmentation, human-elephant conflict, poaching and disease.

We're proud to support the work of BECT through our fundraising efforts in the zoo, you can read more about their work by heading to www.projectelephant.org.uk.