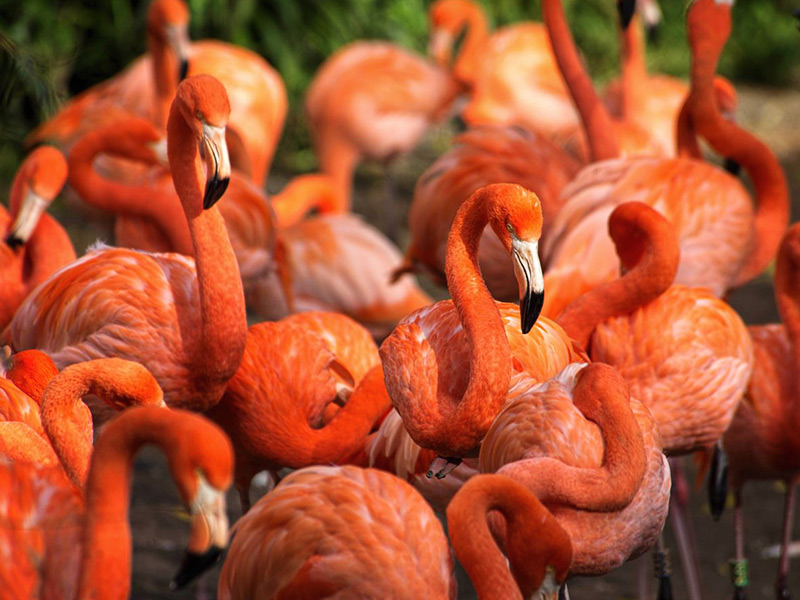 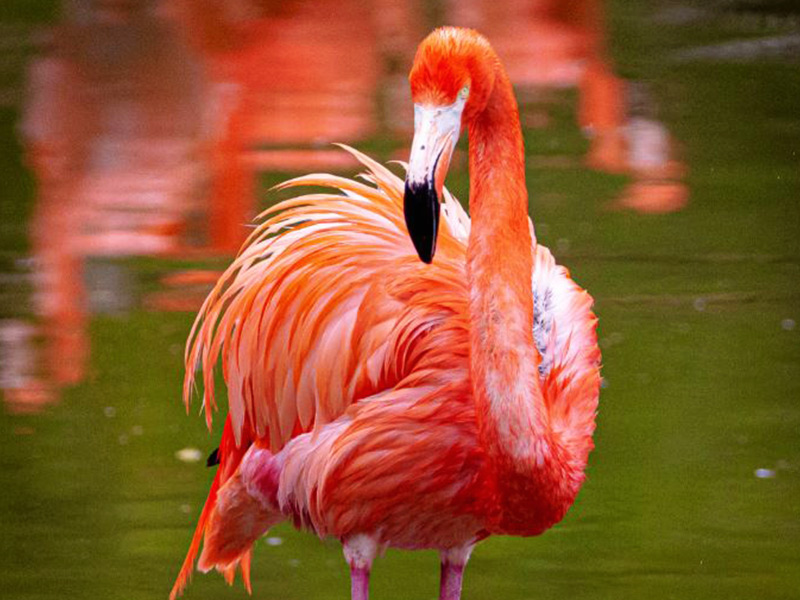 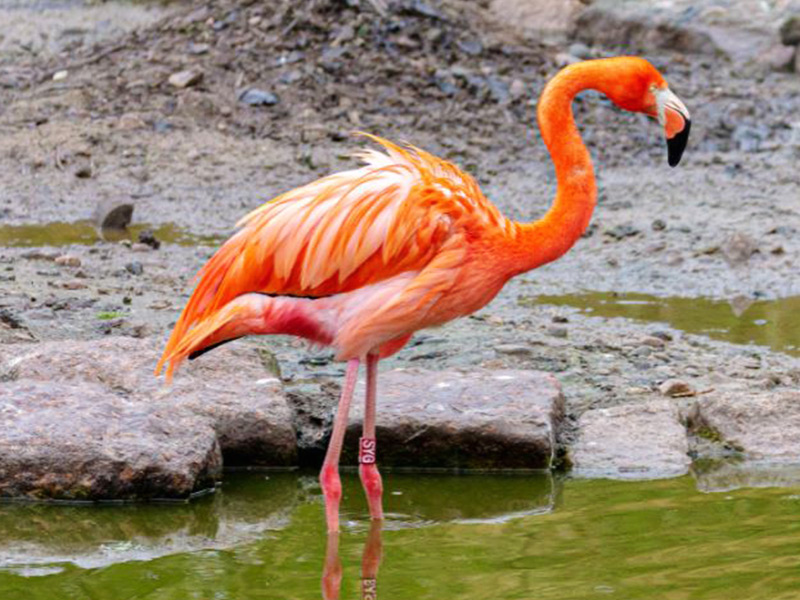 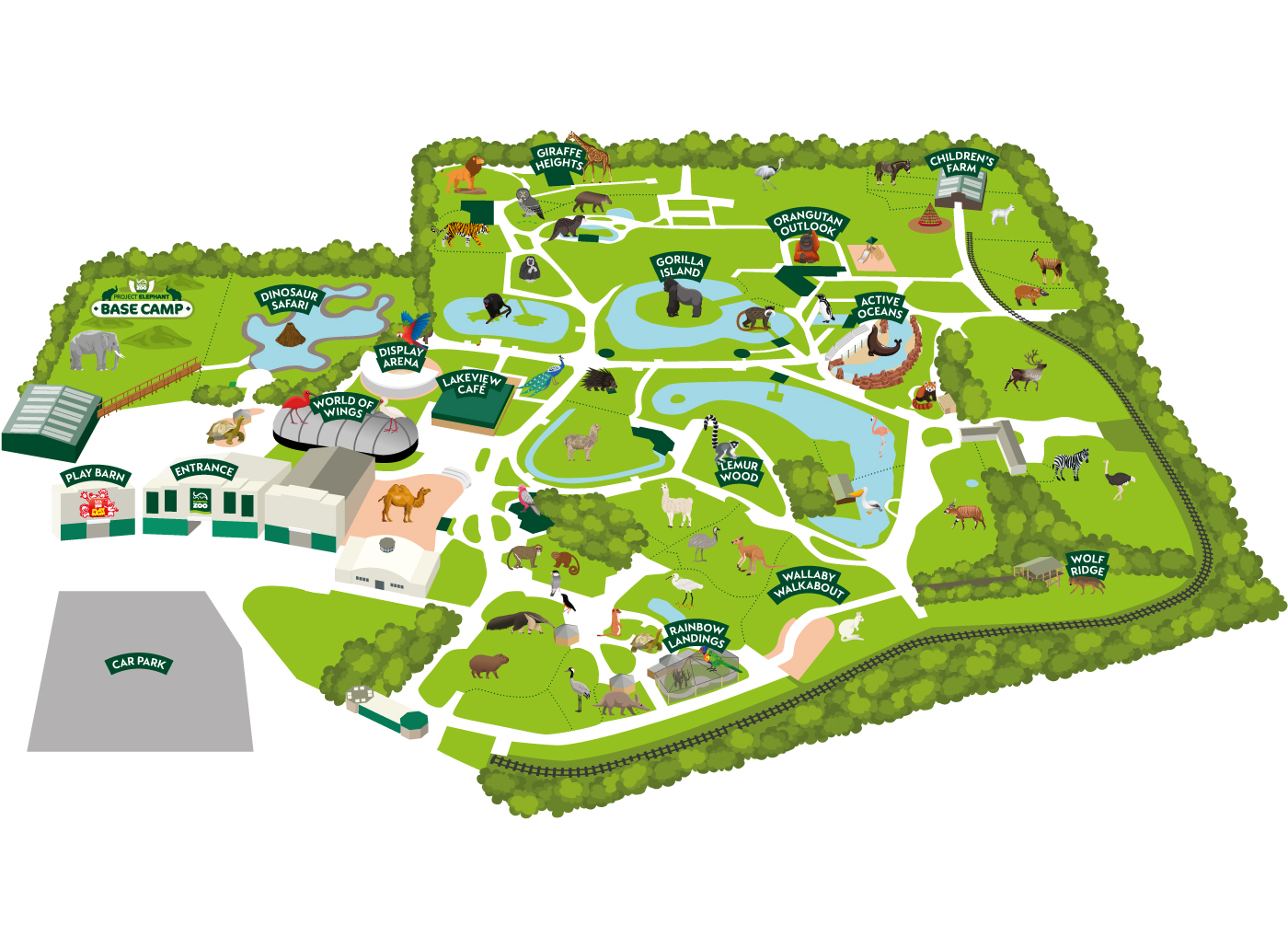 A flock of bright pink Caribbean flamingos can brighten any rainy day at Blackpool as they wade around their lake looking for treats under the water. Flamingos fly in flocks of several thousand in the wild in formation like migrating geese and make a similar honking sound. They can live up to 40 years and are numerous enough not to be evaluated for scarcity.

They live in marshy, swampy areas of Central America and are threatened in the wild by jaguars, raccoons, birds of prey, margay (a small wild cat) and humans. Unlike many species, only a single egg is laid during the breeding season, and flamingos are unique in the way they feed their young. Both mother and father are able to provide a regurgitated mix of food known as “crop milk” on which the chicks feed until they can manage solid food. Our keepers have perfected a simulated mix and so are very successful at hand-rearing chicks should the need arise.

Flamingos are omnivorous in the wild, but, in captivity are fed on flamingo pellets which determine their colour and small insects.